As a nation of people we are connected to each other through the roles we play in helping to slide our society forward and make the world a better place for the generations to come. In that respect we are timeless. If we dig through the vaults of history, explore the unique world of the Egyptians and look beyond the pyramids, the pharaohs and the tombs we will see a world that relied greatly on women. The women of Ancient Egypt are the unrecognized architects of the Egyptian world, who achieved a level of equality that women would not see again before the modern era.

Egyptian women were treated like men and shared the same economic and legal rights. In Egyptian society, equality wasn't judged on gender but on differences in social class. When the Greeks conquered Egypt in 332 B.C.E, Egyptian women were still treated equally, even though Greek women had fewer rights in their society.

Egyptian Women could own their own slaves and sell, own and manage private property. Women had the right to own and manage own land, servants, livestock and money. They could even resolve legal settlements. Women had an ocean of freedom in the dry sands of Egyptian society and exercised it at will. Women from other nations didn't have from such freedom, and had to have a designated male (father, brother or husband) to represent them in legal contracts and other matters. 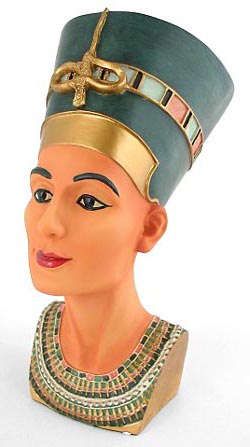 When it came to possessions, Egyptian women could buy them, inherit them or receive them as gifts. A married woman could claim up to one third of all the possessions bought together with her husband in their marriage. If divorced, the Egyptian woman was allowed to have her belongings returned to her. If her husband died, an Egyptian woman was allowed up to two thirds of the possessions from the marriage, with one third divided among the children. The ability to own and retain possessions gave Egyptian women the freedom to choose a mate if they wished-they did not require a man to retain or manage their property. The women of ancient Egypt were free to marry for love alone, and marriage and family was highly prized.

In ancient Egypt a man could have more than one wife and even brothers, sisters and cousins could marry each other. Incest wasn't encouraged in regular society--but it was accepted in the royal family, who used incest to protect their dynasty.

There were no rules regarding an age limit for marriage, so girls usually got married at the age of menstruation, around fourteen years old. Mummies of brides or wives as young as eight years old have been unearthed, leading us to believe that early weddings were not uncommon in ancient Egypt.

Unlike the weddings of today, Egyptians did not have a religious or legal ceremony for marriage. A girl became a wife after she moved out of her father's home. An Egyptian marriage was more of a partnership, as both husband and wife maintained their own possessions, property, and independence.

A pregnant woman was considered regal to the Egyptians and was treated with the utmost respect and honor. Fertility was vital to the Egyptians, who didn't believe in spirituality, but instead the life cycle of birth, death and rebirth. While pregnant women and fertility were revered, little evidence survives about the care that expectant mothers received. It is believed that women of all classes gave birth at home, and that doctors were not called upon unless there was an emergency.

If a woman was sterile, her husband could divorce her, though this was frowned upon by Egyptian society. Childbirth was a very risky proposition for women in the ancient world, and Egypt was no exception. Adoption was encouraged due to the short life expectancy, maternal death rate and high birth rate, which meant there were plenty of orphaned children.

Women in Egyptian society had good lives; they enjoyed having the freedom to choose their own spouse, own property, and to hold legal status. The role of women as mothers, wives, and home keepers was held in high regard by all members of society. Sadly, women in many parts of the modern world still do not have the freedom that Egyptian women enjoyed.